Some Mysteriously Beautiful Pictures of Titanic from the Past! 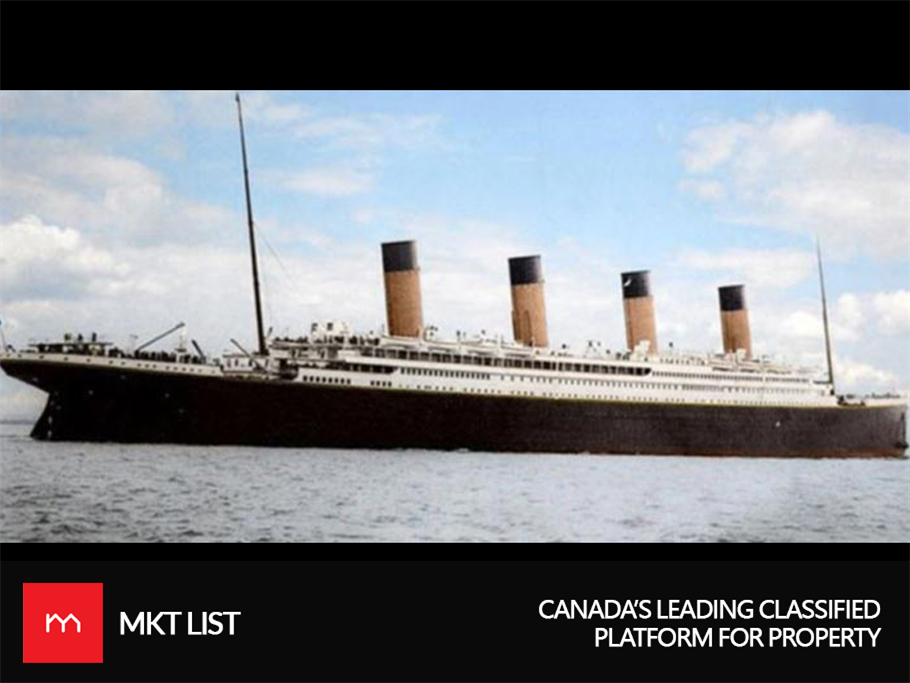 The RMS Titanic was, is, and will be known to be the famous ship. This well-known British Passenger ship when created was considered as the largest ship of all time. It was the second ship of Olympic-class out of three, constructed by the White Star Line in the shipyard of Harland and Wolff; Belfast and its designs were made by Thomas Andrews.

Besides its big size and great construction that led to its international fame, there was indeed another side of a picture too. On the very unfortunate morning of 15th April 1912, the ship struck with an iceberg in the North Atlantic Ocean during its first journey from Southampton to New York City. The statistics showed a massive death of about 1,500 people in the accident.

In the following article, will be covering some unknown, mysteriously beautiful pictures of the ship that you probably haven’t viewed before.

The picture of this deadly iceberg was taken by another ship on the very next day of the accident. Such iceberg was responsible for killing a massive number of people. See, how proud full it looks.

After its construction, the RMS Titanic was known to be the biggest and largest ship in the world. It was publicly presented in 1912. During its construction, its size was made by many times and when in 1912 it made its first appearance, it was impressively big and no one had ever seen something as big as Titanic.

The Titanic was huge and enormous. At the time of its creation, it was 882 feet long and had total 10,000 lamp bulbs inside the ship. The biggest ship, currently in use, is the Harmony of the Sea which is 1,188 feet long.

Regarded as the deadliest maritime incident in the history killing a massive number of passengers. There were 2,224 passengers on the board at the time of its first sailing, and only 710 passengers were lucky enough to survive.

The tragic accident killed 53 innocent children out of 109 on the ship when the ship collided with the iceberg.

The luxurious but unfortunate ship was worthy of the huge cost. A cost of the first-class ticket was $4,350. While that of second-class was $1,750. The third-class and definitely the most low-price class was worth only $30.

In 1898, an author Morgan Robertson wrote a book with the name of The Wreck of the Titan: Or, Futility. The book was about the largest ship, Titan, that after colliding with an iceberg sank forever in the dark vicinity of the ocean. It was written some fourteen years back to the incident of Titanic. The relation and coincidence of the book and the Titanic were beyond imagination.

The total number of officers on the ship was 885. And surprisingly, only 23 officers were female on the board.

The famous “stacks” in Titanic were four in number. Out of them, three were used as exhaust funnel to eliminate smoke from an engine and one was used as air ventilator.

The working crew on the board were called “stewards.” During the journey, there were approx. 421 stewards present but only sixty stewards survived the biggest wreck.

The Bellboys, all were really young and innocent, of only fourteen years of age, doing simple custodial tasks and carrying the luggage of the passengers. Sadly, none of them survived the disaster.

William McMaster, the first officer who signaled the turning of the ship when a spotter targeted him of the deadly iceberg in a distance. Many people think that the ship wouldn’t have sunk if William’s command hadn’t followed.

Edward J. Smith was the captain of the Titanic. It was supposed to be his last voyage before waving bye to the sea journey. His ending words for his crew were, “Well boys, do your best for the women and children, and look out for yourself.”

Four days back before the ship voyage, it was alarmed by six different times about the ice risks in the sea. But, still they insisted on taking the voyage and it was indeed a terrible decision.

It seemed as if the people standing on the Titanic’s crow’s nest were out of binoculars. Otherwise, they must have seen the iceberg and notify the crew.

As the film Titanic portrays that during its wreckage, the musicians were playing orchestra. It was 100% correct. During the sinking of Titanic, they played orchestra so as to calm the panicky and frightened passengers on the ship.

Actually, they didn’t get enough time to make a decision because the iceberg was spotted some thirty seconds before the ship struck with it.

The British used the term RMS for every ship, be it civilian or military. This acronym stands for “Royal Mail Ship.”

The ship was passed from the Cherbourg, France and Queenstown, Ireland before it finally entered in the vicinity of the Atlantic. This picture shows how brilliantly it sparkled in the night.

The fatal accident that occurred all at once couldn’t save many of the passengers. The lifeboats were very small and they could hold up to only 1,178 people.

When the Titanic encountered the deadly hit with an iceberg, it required 2 hours and 40 minutes to sink deep into the ocean completely.

Only fifteen minutes required for the ship wreckage to settle down in the ocean. It is now present at some 12,500 feet deep of the ocean.

After the incident, 8 ships were sent to the spot to collect the dead bodies from the water.

When Gladys died in 2009, her dead body was cremated and all the final ashes of her body were blown in the Southampton dock, a spot from where she first took the voyage in the Titanic when she was just a child.

The B deck on the board was reserved only for the first-class ticket holders. There was a restaurant in the B deck named à la Carte Restaurant whose owner was Luigi Gatti. The total staff members were 66, out of which two female cashiers and one male clerk survived the accident. The owner also lost his life.

As it was luxuriously made, all of its décors were a masterpiece. The interior of the Titanic was made by Ritz Hotel, London. It had become exactly the way they thought it to be; lavish and expensive.

The Titanic sank so deep in the ocean and it was impossible to locate its all broken pieces. In 1985, Robert Ballard, by his efforts, found the remains of Titanic at the coast of Newfoundland.

If any of you want to see the wrecks of Titanic, you easily can. But make sure you have $59,000 to spare because that is what it costs. A private company can do the honors and take you down in the dark deep ocean when you ask for a tip.

Clive Palmer in the picture is making a twin sister of Titanic and its name is Titanic II. Who would want to ride on it? Perhaps, no one!

John Jacob Astor IV was the richest passenger on the deadly first voyage of the Titanic. He had a net worth of $85 million, approx. two billion as per the modern dollars. Unfortunately, he also died but saved the life of his pregnant wife through lifeboat. The lady did survive.

Many famous people of that time also bought the ticket for the journey of the Titanic. The people include, J.P. Morgan (a famous robber baron), Alfred Gwynne Vanderbilt, Guglielmo Marconi (inventor of radio-telegraph), Milton S. Hershey (Founder of Hershey’s Chocolate.)

George Washington Vanderbilt II, who was a grandson of Cornelius Vanderbilt and heir to his family, took the ticket to board the Titanic. But after the concerns of his friend about the problems with the ship, he quickly changed his mind and rejected to take the voyage. Indeed, it was a good decision.

Theodore Dreiser, an author, was supposed to be on that wrecking Titanic. When the accident occurred, he wrote, “To think of a ship as immense as the Titanic, new and bright, sinking in endless fathoms of water. And the two thousand passengers routed like rats from their berths only to float helplessly in miles of water, praying and crying!”

Henry Clay Frick was a famous steel magnate. He along with his wife bought the ticket for a ride in Titanic. Before the journey, his wife broke her ankle so they decided to cancel their ride because of the injury.

Guglielmo Marcon, a famous inventor of radio-telegraph who also owned a Nobel Prize for his work was supposed to be on the board. But he decided to stay in the Lusitania. A great escape from death though!

Total cost requires in the construction of the ship was $7,500,00. It was written in the history with the title of the largest ship in the world and also the most expensive one. For anchor transportation, twenty horses were needed. During its construction, two workers died in the process.

Being the closest ship to the Titanic, it was supposed to help the sinking ship. When Titanic sent alarming signals, it was caught by SS Californian, but it ignored the signals and decided not to pay attention. Soon after three years, she let herself sank by a German submarine during World War I.

The lifeboat drill was scheduled on the April 14th, but soon it was canceled unknowingly. If they had fulfilled the schedule of lifeboat drill, they would have known about the insufficiency of the passengers to bear the burning disaster.

Indeed, death was the faith of the RMS Titanic!