These Famous Celebrities Own Vacation-homes in Canada! 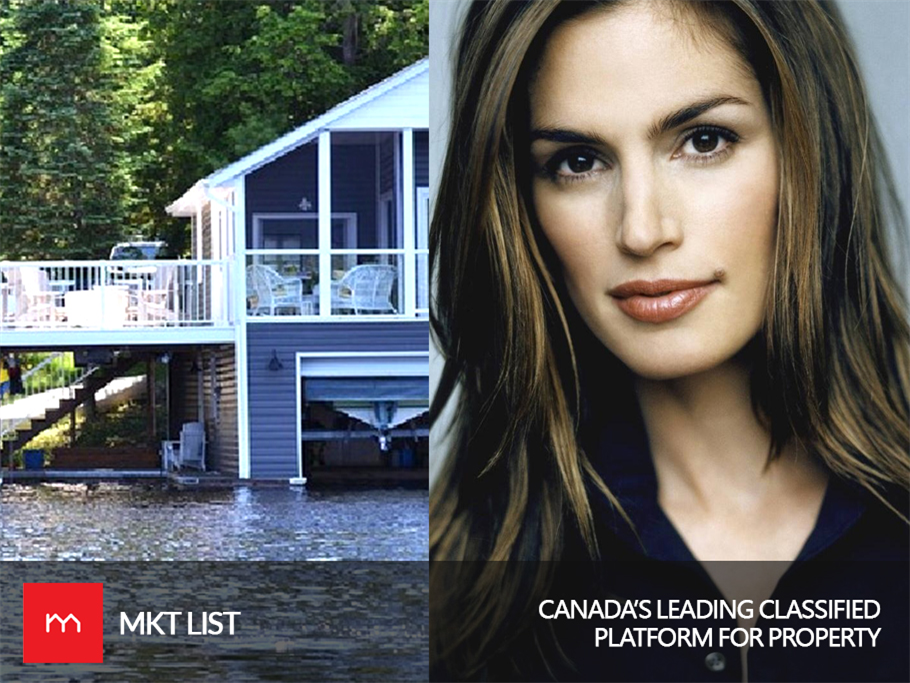 Located in the northern side of continent named North America stretching from south to north, mingling with U.S and Arctic circle, having the shores of Atlantic, Pacific, and Arctic oceans, dividing itself into ten provinces and three territories with 9.98 million square kilometers, making itself the second largest country, Canada is not only known for its unique cultural heritage, beautiful people from inside out, and exclusive accents and languages; it is also known as a place of spectacular and jaw-dropping scenery marking people possessed by the natural beauty.

Nature has gifted Canada with sturdy and solid mountains, rushing lakes and falls, heightened plants and forests, but its cities, too, are beyond wonderful. People love to wander through the streets of cities and the number of tourists each year is past imagination. Not only laymen, some masterful celebrities also admire Canada because of its unlimited astonishing features. Following are the list of 10 celebrities who own luxurious vacation homes in Canada. Read to know! Martin Short is a Canadian-American actor and comedian, known to make people laugh out loud. Born and raised in Hamilton, Canada, Martin owns a place on Lake Rosseau. He comments about Ontario’s Muskoka region as “staggeringly beautiful.”

The father of a son and two daughters once said, “As much as I adore the excitement of cities, it's rural Canada that has always had my heart.”

He even worked with Royal Canadian Mint in 2013 and through this act, he raised $3 collector’s coin. His cottage pictures published with a title “Martin Short Presents Canada.” This veteran and legendary Canadian has been working in the media industry for almost five decades. He has blessed the industry with his outclass acting skills in movies like The Hunger Games. Belonged to the Saint John, New-Brunswick, Donald goes vacationing with his wife Francine Racette at their Victorian mansion in Gerogeville, Quebec, often with his son.

A proud father of a son Kiefer Sutherland once wrote jokily in the Globe and Mail, “We live in Canada all the time we can. There's a maple leaf in my underwear somewhere.” Goldie and Kurt have been together for almost 34 years. The power-couple has reached an unexpected peak of their relationship and they both share four children together. (Why on earth they are not getting married *bruhh*)

They own a vacationing cottage in Muskoka for years and years and their perfect escape-house from the outside world is located near the Lake Rosseau. They often go wandering and shopping in a town in Muskoka region, Gravenhurst. Known for her trademark mole above her lip, Cindy Crawford is an actress and model. This 51 years old lady owns a luxurious cottage in Muskoka and the awe part is that the only route to the cottage is by going through the seven-acre island in a boat. Each summer, the lady wants a complete redevelopment of the island and the cottage.

She along with her husband Rande Gerber and two children Presley and Kaia, 17 and 15 years old respectively, loves to enjoy the summer vacation in the northern island of Canada enjoying themselves and with the activities like paddle boarding, making banana bread, fishing, logrolling, swimming, and boating.

The happy mother of two kids enjoys the area’s privacy and secrecy and once said to Vogue, "You’re the real you up here. When you’re getting dragged behind a boat on an inner tube, it’s hard to have much of a facade.” The Oscar winner Tom Hanks is known majorly for his comedic and dramatic roles in movies. Whenever he wants to escape from the world, for relaxing and chilling, he flies to his cottage in Muskoka, which he bought after his friends Goldie Hawn and Kurt Russell.

Not only that, but he also loves to enjoy some time alone near Lake Rosseau during his movie shootings in Canada. Jason is a Canadian-American actor, having his skills published on the screens for his role in TV series like Beverly Hills, 90210; Private eyes, Call me Fitz etc. Born to Norma and Lorne in Vancouver, Canada, the 48 years old father of a son and a daughter owns a vacationing Terrace Beach Resort in Ucluelet, touching the coast of Vancouver Island from the west. The property is stable in the eco-system and a pet-friendly too. The property offers a long walk through the Pacific coastline and occupies waterfront cabins. Steven has transformed the Hollywood into a new one. He is one of the acclaimed directors and won many awards. He is known as the wealthiest filmmaker alive and has big grossing and rating. Steven loves to enjoy his summertime vacationing in his home in Muskoka.

Just like Steven, you can also own a property by clicking here to check the upgraded scale of selling and renting a property. Known as the only black woman privileged to won the award, Halle Berry is an actress by profession. The woman won Academy award for her role in Monster’s Ball. The Oscar winner once owned a 2,500 square-foot property in Saint-Hippolyte, Quebec, with his boyfriend, Gabriel Aubry, who is Canadian model and a father of her elder daughter Nahla. Bieber is a Canadian singer and songwriter. He started his career in 2008 through YouTube videos and recorded his debut song in late 2009. He is very fond of a jet-ski. The pop-star is loved by his teen fans. Apart from singing, he also loves spending time with his family and close friends at Lake Rosseau and Old Woman Island on Lake Muskoka. He frequently rents properties for vacationing in the Muskoka region. Jim Carrey is Canadian-American actor, known for his slapstick performances in various comedy movies.  Born in Newmarket, Canada, the energetic and zealous Carrey has shown his outshining skills in films like The Mask and Eternal Sunshine of the Spotless Mind, the movies which still give me the same experience as before. Jim has a property on Baptiste Lake, near Bancroft, Ontario. He has also seen flying on his private jet from Peterborough Airport.

Don’t you guys think you need a trophy for living in Canada because you all are surrounded by some superb artists of all time? Very funny ‘coz it is not possible. *wink-wink* Happy living in Canada!