Too Much TV in Childhood: The Long Term Effects! 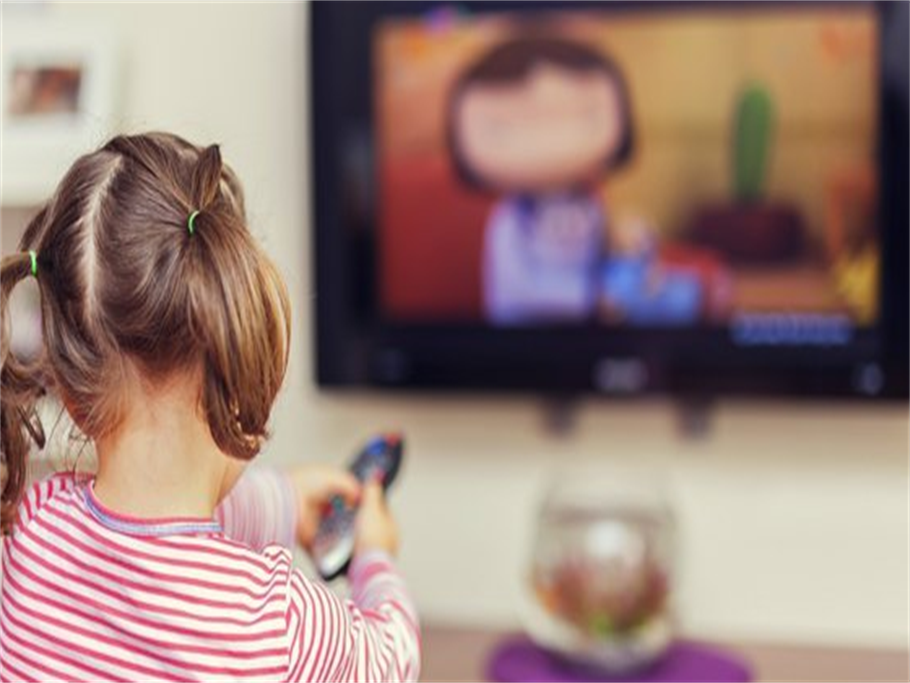 Sitting idly in front of the TV for long periods of time is obviously not beneficial for anyone, but recent studies have started mounting evidence that excessive TV viewing as an infant has a direct relationship with dietary habits and behavior as teenagers.

How It Effects Development

Children around the age of 2 are in a prime developing and learning phase of life.

If “you are what you eat”, then the brain is what it experiences. Children need interaction and tangibility to learn things.

Staring at a screen for hours on end, tapping and swiping do not translate into learning.  In fact, it has adverse effects on a child’s language development, reading skills, and memory retention. A toddler learns more from looking at the people around him and listening to them talk than he does from being glued to a screen.

To better understand the impact viewing excessive TV as a toddler has on lifestyle as the child enters his or her teens, a study was conducted by researchers led by Professor Linda Pagani and graduate student Isabelle Simanoto. Both belonged to School of Psychoeducation at Montreal University in Canada and took data from the Quebec Longitudinal Study of Child Development.

Almost 2000 boys and girls from Quebec born in 1997-1998 were followed from the age of 5 months. The parents reported on the TV habits of the children as they grew and at the age of 13, the kids self-reported their daily TV and eating habits.

"This birth cohort is ideal, because the children were born before smartphones and tablets, and before any pediatric viewing guidelines were publicized for parents to follow. They were raising their children with TV and seeing it as harmless. This makes our study very naturalistic, with no outside guidelines or interference — a huge advantage.” says Prof. Pagani.

As expected, researchers found that each additional hour of being glued to the screen at the young age of 2 translated into significantly worse eating habits at 13. Teens who watched excessive TV as a toddler reported their diet consisted mainly of prepared meats and cold cuts, French fries, white bread, soft and fruit-flavored drinks, sports and energy drinks, sweet or salty snacks, and desserts. These teens were also more likely to skip breakfast on school days than teens that spent 1 hour or less watching TV at the age of 2, indirectly affecting their performance at school. Furthermore, this habit had measurable effects on their BMI too.

Each additional hour spent in front of the screen per day at age 2 led to a 10 percent increase in BMI at age 13.

Apart from worsened dietary habits, the research also showed that the sedentary act of watching TV for prolonged periods of time at a young age translate into similar habits as teens. These children were found to prefer less strenuous activities over physically and mentally challenging ones. Also, these teenagers were found to be less ambitious and less willing to make an effort in the first year of high school.

In short, they became lazy.

“Watching TV is mentally and physically sedentary behavior because it does not require sustained effort,” said study co-author Isabelle Simonato."We hypothesized that when toddlers watch too much TV it encourages them to be sedentary, and if they learn to prefer effortless leisure activities at a very young age, they likely won't think much of non-leisure ones, like school, when they're older."

The American Academy of Pediatrics recommends a screen time of no more than 1 hour per day for kids aged 2 – 5.

The use of smartphones has become so deeply rooted in our daily lives that it’s impossible for parents to keep their children away from screens anymore. Hence, what we can learn from this study is to not let toddlers have more than 1 hour of screen time per day. Also, content matters, a lot. The time that you do allow your child in front of the screen make sure he’s watching something interactive and educational rather than music videos and movies. Programs like “Blue’s Clues” and “Dora The Explorer”is actually beneficial and preferable. One more way to make sure your child gets the most out of his screen time is to watch the program with them.