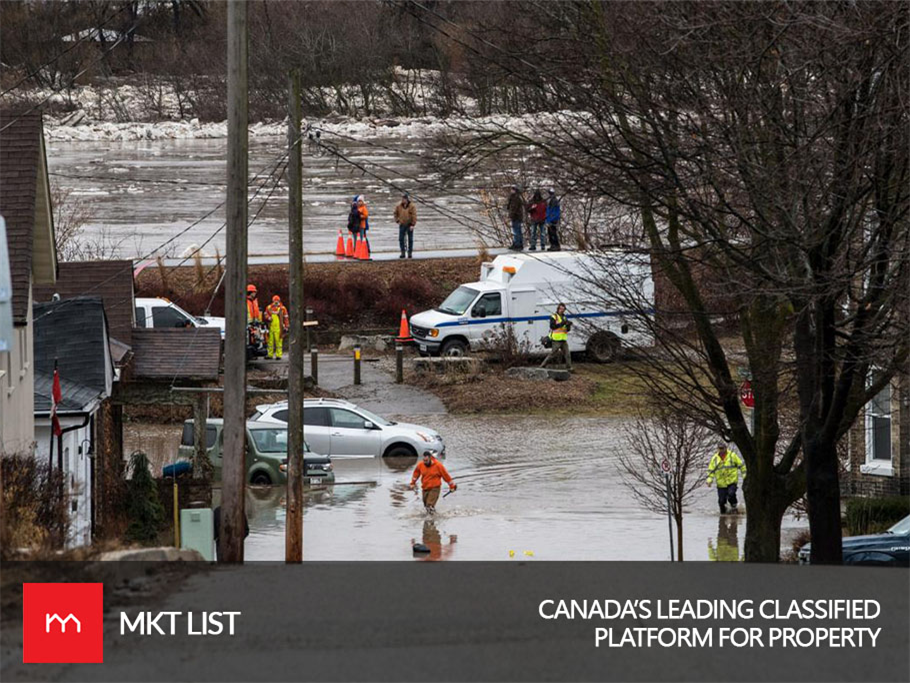 Canada’s weather looks as if it has been cursed. The heavy rainfall has turned into a flood and to cause massive flooding, warm weather has played its major role. Due to an increase in the temperature, the snow has melted near the Grand River region and caused localized flooding in the townships and cities like Brantford and Waterloo.

Grand River Conservation Authority (GR-CA) has noticed the flood levels and said that it was quite similar to the one happened in June 2017. The flooding has been running in the Grand River watershed between the Cambridge and Brant ford.

As per the current situation of Brant ford, the city officials have ordered some parts of the city to be cleared soon.

Every school, residents, and businesses around Holmes dale, West Brant and Eagle Place must be vacated in order to save everyone from the flood.

Other than that, London and Chatham-Kent have also come under the curse of the flood.

The Upper Thames River Conservation Authority has warned London and Chatham-Kent of the flood, many roads have been closed indicating the bad condition of the cities.

For now, the weather update is still showing a cloudy environment and suggesting a rainfall which is again going to fulfill all the desires in increasing the flood in Ontario.