Weather Update Toronto: Forget About Spring Because Toronto is Under Strict Weather Statement! 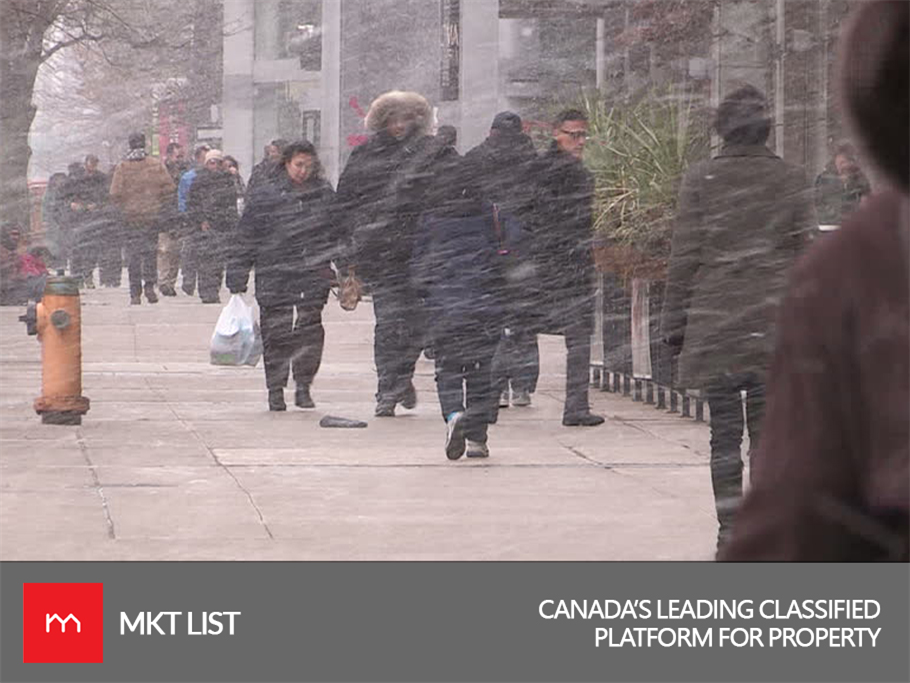 When Toronto was already on the point to break a record of warm weather since February 28, 1954, suddenly everything changed and it turned out to be the cold day. Due to this weather condition, the Bent-way Skate Trail had to close because of the snow melting there and to protect people from future incidents.

With the beginning of the month, the winter has already returned with a bang and it is going to stay just like an uninvited guest. Today’s weather predicts that snow will end in the early morning but the clouds will cover the whole city until late evening. The low-pressure system will leave the sea. Wind north will travel at a rate of 40 km/h gusting to 60 which would become little low at night. And chances that snowfall will again come back today.

According to the Weather Statement, “As the low pressure passes by to the south, brisk northeasterly winds will pull in colder air and cause the precipitation to turn over to all snow this evening.”

According to Environment Canada, there is some uncertainty as to the exact track and intensity of the storm.

Environment Canada isn’t exactly sure about the intensity of storm as it is impossible to track it down, “This will affect how much snow falls across the area, as the Toronto area will be near the northern edge of this late winter snowstorm.”

The yesterday’s snowfall made everything unclear and invisible while traveling because of the strong and howling wind blowing the snow away. If this happens today, it will be more problematic. And expectations are that Friday night would be worst.

Be careful if you have to go outside. And drive with caution!

Stay updated with MKTLIST to know about the changing weather condition in Canada.