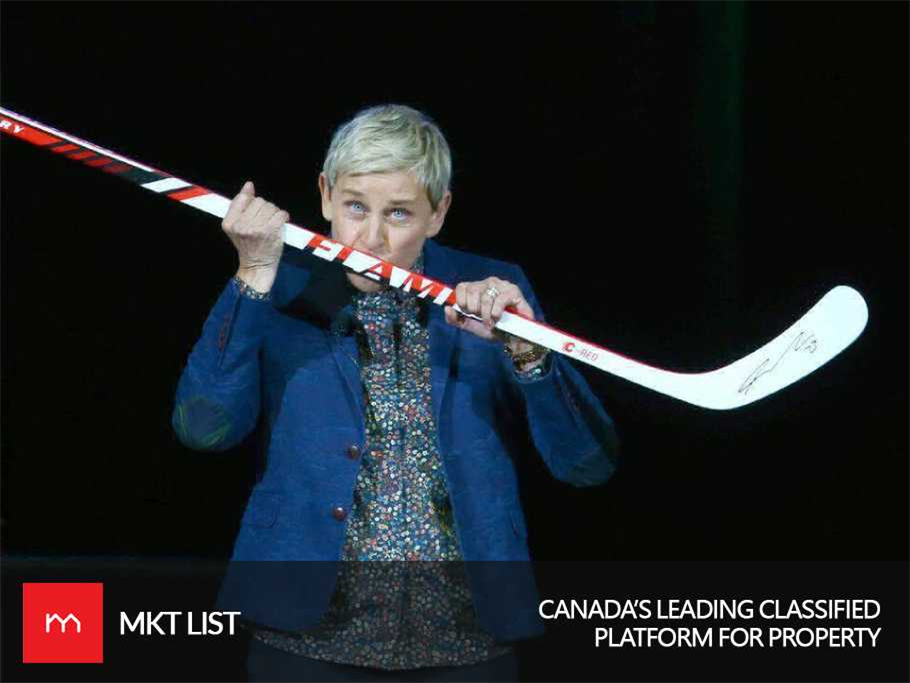 At the recent Calgary event, the popular show host Ellen DeGeneres was seen engaging with the people on Saturday night holding a hockey stick in her hand, a unique way to remember the victims of Humboldt bus accident.

She even planted a kiss on the hockey stick in front of 15,000 audiences, all that were cheering and applauding at the Scotiabank Saddledome. She then placed it on the rack on the backside corner of the stage, on which already many hockey sticks were present.

It was indeed a heartbreak moment when Humboldt Broncos accident occurred leaving 16 people to death. The accident happened by the collision of Humboldt Broncos junior hockey team's bus and a semi-truck near Tisdale, Sask.

Related: A Sudden Wave of Despair Pass Across the Globe after the Humboldt Broncos Bus Crash!

Not only in Canada, people from around the globe saddened by the incident and came out of their houses in support of the victims and pay tribute by leaving hockey stick at their doorstep. #PutYourStickOut, that was moto seen everywhere around North America.

The largest campaign ever happened in the history of Canada was GoFundMe campaign, and its outcome was marvelous. It raised around $15M in 12 days for the grieved families of the victims.

The video was also got viral through social media and posted on DeGeneres’s account also.

"My heart breaks for everyone," she told the crowd. "It hurt all of us."

DeGeneres was among the elite figures of Canada and the world who posted about the crash on his twitter account, she was in Calgary for some Q&A series with the people called A Conversation with Ellen DeGeneres.

It equally shows, indeed, what has been lost cannot be recovered, but in our hearts, those people will always be alive, forever and ever!